Home /  About /  Board of Directors 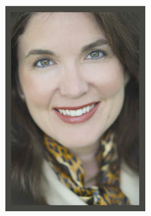 Her most recent books are Lean Body, Fat Wallet, The Sixty Minute Money Workout, Living Rich for Less. Her book Heroes at Home has touched the lives of nearly 100,000 military families.

Ellie is also an adventure seeker and enjoys riding in an F-15E Strike Eagle fighter jet, skydiving, bungee jumping, hydrofoil racing, ziplining and mechanical bull riding. Despite her professional success, Ellie says her greatest role is being a wife to her test pilot husband and mom to their five millennial children. She currently serves on Congressional 25 District All Academies Admissions Panel and on Military Family Advisory Network as a Advisory Board member. She is President of the Shop Talk Toastmasters Club, the West Point Parents Club of Southern California and the Air Force Academy Parents Club.

Visit her web site at www.elliekay.com.

Ellie has been a regular expert on ABC “Good Money” as well as Fox and Friends. She’s guested multiple times on the international show, Fox News top rated “Neil Cavuto.” Ellie’s diverse abilities include the writing of a four-hour video product for “Life Today.” It showcased Ellie’s abilities as a platform speaker, on location reporter, interviewer and talk show host. She was featured as the financial expert on episodes of the reality TV series called Simplify Your Life. A few of Ellie’s many television appearances include:

As a veteran of over 1200 media interviews, Ellie is equally comfortable with live radio, call-ins or taped broadcasts. She is a national commentator and has appeared as a repeat guest on international radio including:

In addition to contributions to a dozen compilation books, she has authored the following ten book titles:

Family   Despite a rigorous schedule, Ellie maintains her family as highest priority. She is married to Bob Kay, a test pilot with over 25 years experience and retired USAF. Ellie is a mother of five millennial children. 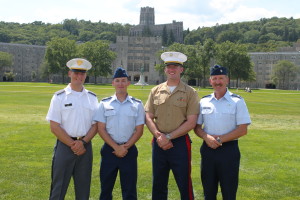 Objective: Board of Directors, Heroes at Home non-profit

Col Kay is a retired USAF Fighter Pilot with 30 years of military service. He has three sons serving in the military as graduates of USNA (Capt Robert Philip Kay, JR, USMC); USAFA (2 Lt Jonathan Kay); and USMA (CDT Joshua Kay, 2017). For the last decade, he has served on a dozen Congressional All Academies Panels to select appointees for DOD Academies. He recently won the “Excellence in All We Do” award from the United States Air Force Academy for exceptional service above and beyond as a distinguished alumnus. He was also a featured speaker for the Heritage Falcon Forum celebrating 60 years of USAFA grads and leaders. Out of the thousands of alumni, he was one of only 20 chosen to speak at the event.

Chief of Staff, Director of Manpower and Organization

Detachment 1, 82 Aerial Targets Squadron, Holloman AFB, NM. Competitively selected as the commander of a remote flying unit flying the QF-106 FSAT UAV (predecessor to the QF-4). Demonstrated high level of acumen in the extensive coordination and planning of test operations with many diverse agencies within the Air Force and U.S. Army at the White Sands Missile Range. Certified GFR for all aspects of contractor ground and flight/test operations. 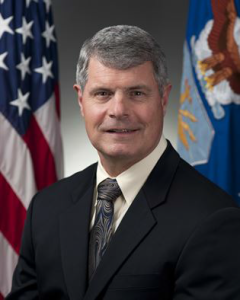 Mr. John Weida, a member of the Senior Executive Service, is the Deputy Director, Air Force Staff, Headquarters U.S. Air Force, Washington, D.C. He assists the Assistant Vice Chief of Staff in executing the responsibilities of the office, to include performing high-level projects according

policies, goals and objectives. He also assists in Air Staff organization and administration to support the Air Force’s mission. Mr. Weida retired from active duty on May 1, 2011 in the grade of major general, U.S. Air Force. He assumed his present position on April 21, 2014.

He received his commission from the U.S. Air Force Academy in 1978, and graduated from pilot

training in 1979. He commanded at the squadron, group and wing levels, including the 388th Fighter Wing at Hill Air Force Base, Utah and served as a member of the Thunderbirds U.S. Air Force Aerial Demonstration Team at Nellis AFB, NV. He held staff positions with U.S. Forces Korea and the Air Staff Plans and Programs Directorate and was also the Commandant of Cadets at the U.S. Air Force Academy and Commander of the Air Force Security Assistance Center. He also was Deputy Chief of Staff

South Korea, as a major general 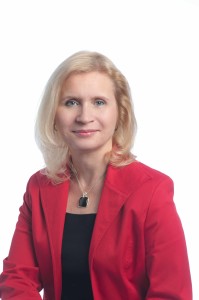 Gerri Detweiler has more than 20 years of experience guiding individuals through the confusing world of credit, and had earned a reputation as a reliable and independent resource on personal and small business credit. Gerri is the author or co-author of five books, including her newest title, Finance Your Own Business: Get On The Financing Fast Track. She serves as Head of Market Education for Nav, which provides business owners with simple tools to build business credit. A prolific writer, her articles have been featured on  popular websites such as Yahoo!, MSN Money, ABCNews.com, CBSNews.com, NBCNews.com, Forbes, The Today Show website and many others.

Danna Demetre is a proud military spouse and an international author and speaker best known for the way she inspires people to change their habits from the inside out and live more healthful lives. She is the co-author of Lean Body, Fat Wallet (Thomas Nelson Publishers) that makes the connection between health and wealth in forming sustainable life changing habits.

As a wealth expert, she has a background from 1987 – 1994 as the Marketing Manager, Aetna Insurance – Annuity Division where she was responsible for acquiring and managing 403 (b) and 457 group retirement cases (for municipalities and non-profit sectors) for all of northern California and Nevada. As the registered principal, Danna was responsible for a team of 40-50 registered representatives that enrolled and serviced the individual employees across their territory. She managed cases with hundreds of millions in retirement assets.

As the health expert, she is an RN specializing in women’s health issues. Her book, Scale Down…A realistic guide for balancing body, soul & spirit and companion curriculum, Scale Down…Live It Up! is being used in small groups all over the United States, Canada and even England and Australia. Most recently, it will be a featured product for the Women of Joy conferences in 2011 run by Phil Waldrep Ministries.

From life changes to changing habits, Danna continues to offer practical insights and tools to help many reach their lifestyle goals and is often referred to as “The Woman’s Total Life Coach”. She is also a frequent expert guest on radio and television and shares her dynamic messages with thousands each year as a keynote retreat and conference speaker. Her most recent book, What Happened to My Life?  was released in May 2010. She also writes a weekly blog called: Growing Young…Stay Youthful from Midlife On and a monthly blog called: Intentional Living.

Danna believes it is important to “walk your talk” and enjoys an active and athletic lifestyle. An avid snow skier, she is frequently mistaken for a woman in her thirties on the slopes and in her forties face to face, despite the fact that her birth certificate reveals she is actually 60. She lives with her husband, Lew and their 16 year-old adopted grandson, Jesse in San Diego, California. They also have three grown children and grandchild on the way. Visit her website at: www.DannaDemetre.com

Danna has been a guest multiple times on a variety of shows to include, Fox News Dallas, The 700 Club and Crossroad’s 100 Huntley Street. She was also featured on Life Today and partnered with them on the first DVD seminar series for Scale Down as well as another project called Journey to Wellness which also featured best-selling author, Jordan Rubin. Danna has also appeared on ABC NEWS NOW, Good Money Show with Ellie Kay.

Danna produced and co-hosted a daily talk radio show on Salem Broadcasting for three years in addition to hosting her weekly health show, Health Solutions Today for over five years. She’s been an expert guest multiple times on radio stations around the country and is a favorite on many to include Moody Broadcasting’s award winning, Midday Connect.

In addition to contributions to several compilation books, she has authored the following book titles:

The Heat is On…Health, Hope and Humor for Women Facing Menopause

What Happened to My Life?

Danna is dedicated to living a life of balance, which means spending quality time with her family – which includes her 80-something parents who live on block away and have been married over 60 years.  She is married to Lewis, a West Point graduate and former Army officer who is now an international V.P. of Marketing. They enjoy travelling, outdoor activities, family days and celebrating life.

Pam Farrel , with her husband Bill, are international speakers, and authors of over 40 books including best-selling Men are like Waffles, Women are like Spaghetti. They are relationship specialists and seek to help people become “Love-Wise” (www.Love-Wise.com ) Pam has a heart for women, as a mentor and then serving for 15+ years as Director of Women’s Events for her own non-profit. Pam is also a sought after women’s speaker encouraging women from her books: Woman of Influence, 10 Best Decisions a Woman Can Make, and Devotions for Women on the Go, 52 Ways to Wow Your Husband, Raising a Modern Day Princess, 10 Secrets to Living Smart, Savvy and Strong, Becoming a Brave New Woman , Red Hot Romance Tips for Women and her newest 7 Simple Skills for Every Woman: Success in Keeping Everything Together.

Pam has keynoted for mega events for women, like Hearts at Home with as many as 8000 in attendance, as well as numerous conference centers and travels overseas to speak for marriage, family and women’s events as well. The Farrels set up a curriculum for the country of Singapore to strengthen the family and marriage. Pam has mentored numerous authors and speakers. Her speaking is characterized by her trademark humor, authentic relevance and practical insights. Pam Farrel along with her husband Bill, have presented to Military Marriages through several military non-profit organizations. (PWOC, Cadence, Lifeway, MilMin, and many base chapels) throughout the world including several bases in Germany, South Korea, FL, VA, CA, MS, CO, SC, and Hawaii.

Pam also served for several years as a monthly marriage expert on a military marriage blog radio show that military wives worldwide tuned in to gain encouragement and equipping to strengthen their marriages and families. A graduate of Cal State San Marcos with a BA in English, Pam has worked in the author speaker space for over 25 years. The Farrels have been happily married for 36 years and are parents to three children, and all are married so their family now includes three daughters in laws and three small granddaughters and a grandson. In their free time, you will likely find the Farrels near the beach!

TS based on most recent special background investigation completed 2011.